The General Overseer (G.O) of the Redeemed Christian Church of God (RCCG), Daddy G.O as he is fondly called,  Pastor Enoch Adejare Adeboye is a man of God, who has been a tremendous blessing and inspiration to numerous people and drawn lost souls to salvation by the grace of God. 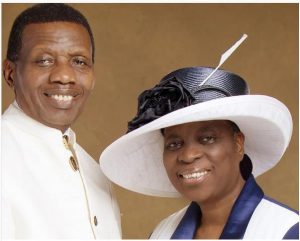 Although he leads one of the fastest growing Christian Churches in the country and probably in Africa today, majority of the flock he ably shepherds apart from calling him “Daddy” or “Father in the Lord” know little or nothing about him. This is probably because of a philosophy which seems to emphasize the power and glory of God in all that he does, rather than highlight his own personal achievements or contribution to the phenomenal growth of the church and the body of Christ. As he will say whenever commended, “Glory be to God”.

In any case, the humility of Pastor Adeboye is so well-known and reflected in everything that surrounds him. It has also become the hallmark of the Redeemed Christian Church of God, which he has led since he was appointed the head of the Church in 1981. This piece is an attempt to bridge the gap regarding necessary information about the General Overseer. The intention is that the member of his congregation as well as other Christians and Non-Christian alike can learn something about his life, humble beginnings, relationship with God, career and Christian ministry, and also that it is only through total dedication and commitment to God that man can achieve true holiness and elevation.Pastor Enoch Adejare Adeboye is the General Overseer of the Redeemed Christian Church of God (RCCG), an international church organisation with active churches in over 130 countries.

Prior to joining the clergy, he was a university lecturer in Mathematics, a subject in which he has a PhD. He assumed leadership of the RCCG in January 1981 and is today widely acknowledged as a spiritual leader to not only millions within the RCCG, but in other parts of Christendom.

Pastor Adeboye’s many laudable contributions to the global dissemination of the Christian faith and the development of civil society through various initiatives embarked upon by the RCCG internationally have been recognised and commended across the world.

In December 2008, Newsweek, the international news magazine, named him one of the 50 most influential persons on the planet.
He is married to Pastor (Mrs) Folu Adeboye and the couple has four children.